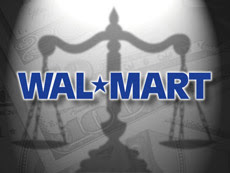 A lawsuit in New Mexico alleges that Wal-Mart sold ammunition to an unstable man who fatally shot another man six hours later in Las Cruces.

Kenneth Rauch, 49, of Las Cruces has been accused of killing 27-year-old Eusebio Escobedo. From Mexico, Escobedo, his fiancee and her 3-year-old son had stopped at a Las Cruces gasoline station when a man fired a gun at the car twice, hitting Escobedo.

The lawsuit alleges Rauch was under the influence of alcohol and mentally disturbed when he bought shotgun shells at a Wal-Mart in Las Cruces.

A Wal-Mart spokesman says the company had not seen the complaint and couldn’t comment.