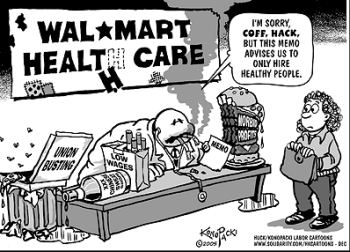 “We’ve done the math on this, and we have a pretty good understanding of what this is going to mean, Most associates are going to come out better on this.” Wal-Mart spokesman Dan Fogleman