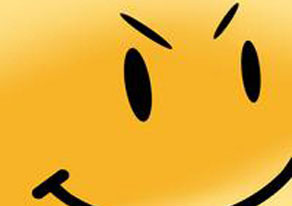 On September 6, James Stoup wrote about what he called the gathering storm between Wal-Mart and Apple. In it he suggested that Wal-Mart would open it’s own online movie store. He asked what other choice the retail giant has.

This week Wal-Mart decided they do have another choice.

According to the New York Post, the Disney studio offers Apple a better deal than it does to Wal-Mart. Other studios have expressed an interest in coming aboard. They have seen the success of iTunes and want a piece of the download pie.

Wal-Mart doesn’t want to risk losing its DVD business to Apple. They have threatened retaliation. According to an unnamed source in the article, Wal-Mart plans to use it’s massive buying power to keep the studios in line. In other words, they have told retailers that if they follow Disney’s lead, they will notice a drop in orders from Wal-Mart.

Somehow I find that ironic. For years Wal-Mart has used its ability to purchase items cheaper than anybody else to undercut the competition. Now that another company is doing it to them, they don’t like it at all.

Do you think Wal-Mart’s threat will have any impact on whether or not Hollywood joins iTunes? I’m not so sure that Wal-Mart will really be hurt by the ability to download movies. A lot of customers would prefer to purchase a hard copy instead of loading it their iPods. There is also a certain amount of impulse buying when people shop at Wal-Mart.

Wal-Marts threat to purchase fewer movies from the studios does, however, have potential to hurt them. The risk is that customers will turn to iTunes to find the movies they can’t get at the retail store. Posts on several internet forums suggest that many users don’t want to download and watch a movie on the small screen. Yet buyers will go where it is easy to get the product. If they can’t get the DVD they want while shopping at Wal-Mart, they may just develop the habit of going to iTunes for it.

If I were a retailer I wouldn’t even consider trying to make a deal with Apple just yet. I’d wait until after the Christmas season, and during this time I’d be watching Disney closely. After Disney’s deal with iTunes, Wal-Mart sent several cases of DVDs back to them. I’d wait to see if any of this seemed to hurt the company.

Wal-Mart’s threats are an interesting strategy. Wal-Mart is afraid that iTunes will cut into their sales, so they packed up Disney’s DVDs and sent them back to the company. This gives them fewer DVDs to sell, thereby cutting into their sales.

How about you? Do you think movie studios will listen to Wal-Mart, or will they get enough business from iTunes to risk losing their largest customer?

I’m guessing that with time things will cool down. Just like with music, you’ll eventually be able to purchase DVDs from both. Maybe Wal-Mart will even be able to negotiate a better deal with the movie studios. This could only benefit consumers.

I don’t have any plans to download movies for the same reason I’ve never bought those tiny televisions that were being sold everywhere at one time. I like a larger screen to watch movies on. If I can’t find what I want at Wal-Mart, I’ll stop looking there and go somewhere else.

Do you think this is a smart move by Wal-Mart? Does iTunes really pose a threat?

Maybe movie studios don’t want to lose this chain as a customer, but obviously Wal-Mart feels they need the DVDs, too. It might be smarter to try to find a way to work together.